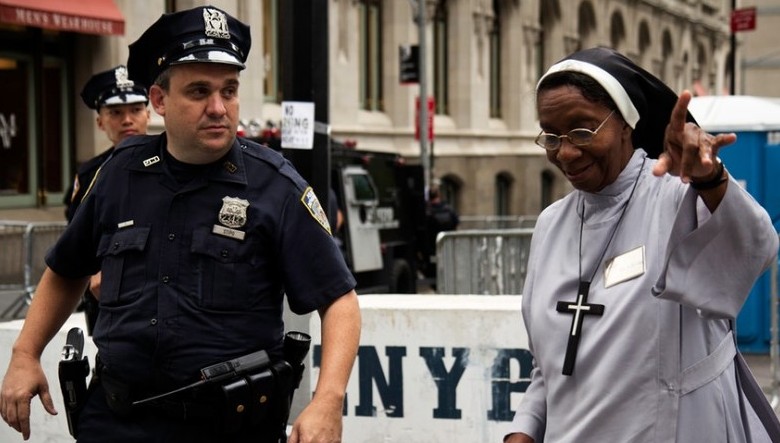 To stop crime in the streets today, we all have to take some kind of part to help, whether it is “seeing something, say something” or even to testify to something that we had seen go down. To keep our families safe, not only do we have to have the right kind of security in our homes but also doing things in our daily lives. I know some people say, well what are we paying our police force for then? The police can’t be everywhere all the time. They need help as well.

A lot of times some people out there look down on the police. To me they are there to help people, not hurt them. Ninety Eight Percent of the cops in our cities and towns are just like us with families just like you and I, and are trying to do a job to uphold the laws of our cities and towns. But you will always get those that say the cops are too rough on individuals (most of the time the one’s that are breaking the law).

Hacking our security is very easy nowadays, whether it is our cell phones or computers. I really feel that our children are taught by these professors that are teaching computer sciences or how to program, that they have to hack into someone’s computer or phone before they can pass his course. I don’t know, tell me if I am wrong. Are they or aren’t they? I am sure some parents would like to know as well.

The Police Departments around the country, have developed a variety of strategies, philosophies and methods for dealing with crime.  A lot of times, the different approaches to some methods overlap because the different police groups within the police department come up with similar solutions to the same problems. Some of these goals include: Crime prevention, effective police resources or suspect locations.

In the different circumstances an Extensive Research is done to see which strategies work best. The National Institute of Justice supported some researchers to do the evaluating and developing these strategies. The NIJ also developed Tools and Technologies that aid the police to reduce crime, such as improving information sharing. Some of the NIJ sponsored conferences and training programs help to spread these strategies and tools to all the police agencies around the country.

Some of this research shows that identifying and finding where a hotspot is, can reduce crime in both the Hotspot but also in the surrounding area. Evaluations of Hot Spot policing support evidence focused on specific areas. Their findings were:

Research done by David Weisburd and his colleagues in Jersey City, NJ and Seattle, Washington with funds from the NIJ shows that crime can drop substantially in small Hotspots without rising in other areas.

Crime does not occur evenly over the different areas. It forms in small areas, or hotspots, which accounts for an amount of crime and disorder. Example:

Beside location, the crime and public disorder tends to intensify at certain times of the day or week. Assaults, for example occur most of the time between 3 AM and 7 AM when the streets are largely empty. Residential burglaries are mostly during the day when the residents are not home. Driving under the influence occurs more where there are a large number of bars and liquor stores in an area.

How to Identify Hot Spots

Savvy Police Officers would know where the trouble spots would be on their beats. Many can spot the signs of unusual activity in shops, stores, street corners, where houses and different locations they patrol regularly. The Law Enforcement executives and crime analysts who do not patrol beats can also identify these areas mainly because of the street cops beat. This way they can help the community formulate responses to the irregularities.

After a beat cop is on patrol a while he can report the Hot Spots on maps and Geographic Information Systems for his fellow officers and his higher ups.

Analysts create a variety of maps to tell the different aspects of different locations. Density Maps, for example, show the crime areas without dividing the map into regions or blocks; areas with a high crime concentration stand out. On a Geographic Information System Map, places each crime within a grid system on the map. Then colors each cell based on the amount of crime in that area.

With computers nowadays the software programs can determine whether the area is a hotspot or just crimes of a random occurrence.

I feel that its everyone’s duty out there to cooperate with your local law enforcement. This doesn’t mean that you will become a rat and run to the police for every little thing, but I feel if we can stick together we can get the drugs off the streets that are killing our families. Like I had said before, its not good enough to just install all kinds of security in our homes, but we have to help our police at the same time.

If we can’t clean up our neighborhoods, how are we suppose to protect our families. Let me know how you feel about all this nowadays. Feel free to leave a comment below.

This site uses Akismet to reduce spam. Learn how your comment data is processed.

Affiliate Disclosure – I am an Affiliate of many products promoted on this website and may earn a commission if you purchase something.